When your newest Human Capital investments go missing by way of early resignation, is your onboarding program, or lack thereof, to blame?

The Importance of Onboarding

According to the Harvard Business Review, companies reportedly lose as many as 17% of their new employees in just three months after hire. These companies stand to lose a lot, both in time and money, due to new hires prematurely ending their contracts. With this kind of risk underscoring the first few months of employment, it’s no wonder onboarding is so critical for new hire retention.

Ask yourself, is your current onboarding "program" limited to HR paperwork and a few rounds of introductions? If yes, know this: you’re putting your staffing investments at risk.

The best onboarding programs help secure their staffing investments before, during, and well after the new employee orientation period. When developed effectively, an onboarding program can help establish the commitment of new hires, build a stronger work culture, and speed up employees’ time-to-proficiency.

Your onboarding program should be helping you retain your best hires for better performance, from the moment they say "I Do (accept this contract of employment.)" So, what is your onboarding doing for you? 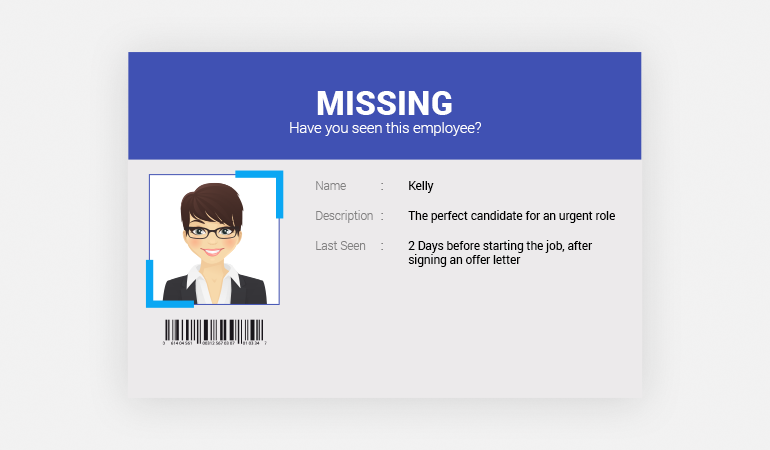 You’ve found the perfect candidate for an urgent role, Kelly. The offer is signed and accepted, and everything is ready for the first day. Two days before Kelly is expected to start, she calls to quit. Kelly admits she had continued interviewing after signing her contract with your company, and decided to go with another offer. 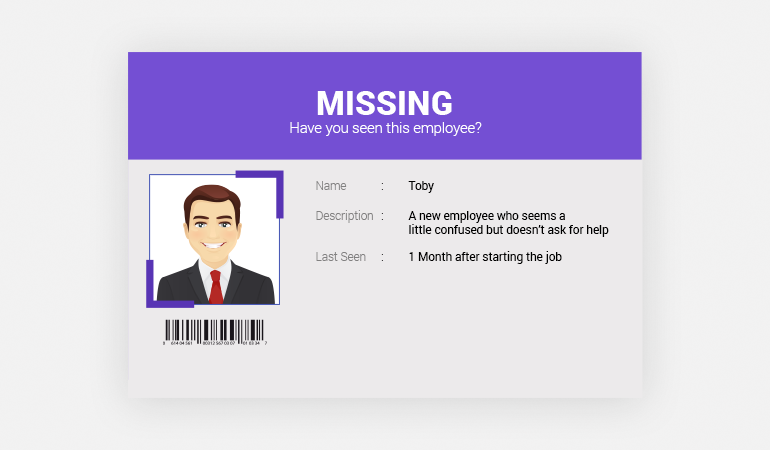 After the first week of completing paperwork and briefly meeting his colleagues, your new hire, Toby, was assigned his tasks and left to his own devices. A month later, Toby is still trying to figure out all the processes and procedures. He’s overwhelmed, but reluctant to approach any of his busy colleagues. He recently heard back from a different job he’d interviewed for a while back and it’s looking especially good right about now. He submits his notice of resignation. 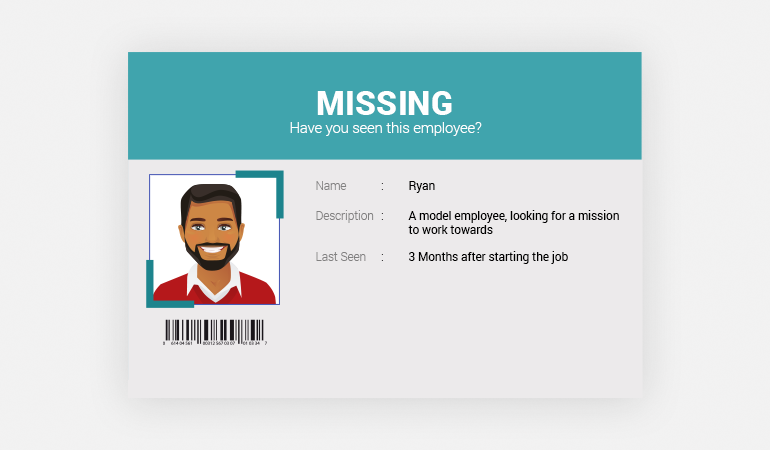 We’re three months into Ryan’s employment and he’s doing great! He fulfills his responsibilities and engages with his colleagues. Unfortunately, he’s feeling ambivalent about sticking it out any longer. He doesn’t see how he fits into this company in the long term. A recruiter recently contacted Ryan to pitch a similar role with a company who has a clear mission and vision. From what he’s heard so far, Ryan believes they have a great company culture, too. He’s attracted to that sense of purpose; he’s sold.

In these scenarios, you’ve identified great candidates and walked through the entire recruiting and hiring process to place them in a fitting role, yet they’ve still found reasons to “go missing”. Guess what? It’s not uncommon.

Use Onboarding to Fight High Turnover

Increasingly, these cases exist where new hires, like Kelly, feel non-committal to a non-engaging new employer. Some hires with otherwise great potential, like Toby, quit early because of a lack of support. Then there are those who, like Ryan, haven’t felt enough motivation and belonging to stay at their new company, with so many offers still knocking at their door.

An engaging and meaningful onboarding program can help deter premature resignation in such cases. It’s certainly not the only driver of fulfilling employment, but it’s significant enough to impact the start of an employer-employee relationship.

How eLearning Can Help

This is where eLearning comes in. You can use eLearning tools and techniques to shape a robust onboarding programing that secures your workforce investments during pre-boarding, onboarding, and even on-the-job, during those critical first few months of employment.

Delivering the different elements of onboarding, such as the 5 Key Components of Successful and Practical Onboarding, through eLearning allows you to engage productively with new hires, plant the seeds of camaraderie and motivation, and prime your new hires to become effective employees.

In the next post, we’ll go over specific methods for delivering onboarding with an eLearning twist. Until then, ask yourself this: can you really afford to risk your time and efforts on subpar onboarding?

In addition, if you are interested in using onboarding to increase employees speed to proficiency, see our white paper Timing is Everything: Accelerate Employee Performance Using the Learning Curve.

About the author: Wafa is an Instructional Designer with InfoPro Learning in Plainsboro, New Jersey. She is a self-professed gadget-geek who is passionate about the dynamic field of knowledge transfer in the digital age. Prior to joining Infopro, Wafa was a teacher obsessed with developing engaging project-based learning experiences for her students.