Bypassing rational and logical thinking, we rapidly sort people into groups, thinking we are using these processes effectively and often calling them “intuition.” However, the categories we use to sort people are not actually logical and perhaps not even legal. Our brains – without our permission –take us to the brink of very poor decision making and bias. With so much information to process each day, it’s quite natural that we rely on stereotypes – or groupings – as shortcuts to help us make faster decisions.

For example, while search firms are not given “tall” as a criteria for hiring a company’s CEO, (and less than 15 percent of American men are over six feet), almost 60 percent of male corporate CEOs are over six feet. (Similar patterns are true for generals and admirals, and even for U.S. presidents.)

10 Ways to Reduce Bias in the Workplace 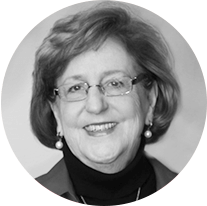 About the author: Kathy is the Director of Leadership and Organizational Development for InfoPro Learning. Prior to InfoPro Learning, she was the founder and senior partner of a global leadership development company for more than 20 years. Kathy’s specialty is creating a customized blend of workshops, coaching, simulations, and e-learning tools to provide leaders and managers with a competitive advantage, while also maximizing the return on training investment for their organizations.