ITES industry observers, especially in the developing-world, would tell you with much conviction how it has evolved from picking up low-hanging fruits and doing low-end jobs to much more of non-core activities of businesses in general—from Aviation to small-time e-commerce providers (some claim almost all industries are either outsourcing or willing to outsource all or some of their non-core activities). Outsourcing companies, both big and small, have now moved to much higher notches—from analytics to finance and more. And within these streams, they are focusing on areas that were earlier no-go zones to outsource.

The industry not only helped thousands find jobs and create large companies, but also led to an integration of these societies with the global economy. This also led to various reforms within the governments of these countries as it helped create related infrastructure and promote the use of modern technologies.

So this has been going on well but a quiet revolution began a few years ago, which helped involve many more people who were otherwise restricted or left out because of internal situations and lack of economic growth in their respective countries. That revolution is Freelance Outsourcing (aka Online Outsourcing, e-lancing). Talent hidden in locations where businesses did not venture due to various reasons, is now out, taking up jobs that would have otherwise never reached them. Elance-oDesk (the two companies have since come together) and many others like guru.com have proved to be a meaningfully genuine model of bringing together individual skills and businesses requiring them. The objective of this blog post is not to describe how it works, as it is so well crafted by these companies themselves. However, it is, suffice to say, that the deal between individual talent and businesses seeking it works like a breeze.

India, by the sheer advantage of its IT/ITES base, picked up speed on this front as well along with the Philippines. Russia, Ukraine, and Pakistan have also emerged as important players. Even a country like Bangladesh has made strong strides in this area. In 2014, it was the fourth top earning country on Elance-oDesk (now rebranded as Upwork). Freelancers earned approximately $3 billion between 2009 and 2014 through the two global online staffing platforms.

The interesting question that arises here is how did this happen? What did the governments, industry, education systems or NGOs do to help people get there? Well, there is nothing perceptible that any of these agencies did to cause this trend. All that was needed was a platform for people to meet and exchange ideas around what the business needs were and what an individual could offer. The rest, as they say, is history.

There is great learning here for governments, businesses, academia, and social workers. All that today’s talent, equipped with modern tools of expression, organization, and discovery perhaps needs is an avenue of the kind freelance outsourcing provides. It is a very typical ‘build it and they will come’ case.

For learning strategists, it throws even bigger challenges. Will the old models of learning work in such a scenario (by old, I mean the instructional design trends and all the “e” prefixed solutions of the last two decades)? How do we figure out a mechanism to build more of these resources? How do we ensure that they get to the next level of performance?

Here is a point to ponder: What formal training do people receive to learn how to use Twitter and Facebook? 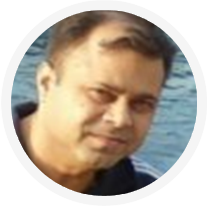 About the author: S M Nafay Kumail is Director—Learning Strategies at InfoPro Learning Inc. Nafay is co-author of ‘e-Learning an Expression of the Knowledge Economy’ (McGraw-Hill 2002) and a regular commentator on learning, knowledge management, and new media trends.